Email ThisBlogThis!Share to TwitterShare to FacebookShare to Pinterest
Labels: Depression.

Children and adolescents with obsessive-compulsive disorder (OCD) who respond to cognitive-behavioral therapy (CBT) appear to continue to experience benefits from the therapy even after their initial course of treatment ends, according to a study published Wednesday in theJournal of the American Academy of Child and Adolescent Psychiatry.Other research has suggested that CBT for pediatric OCD is a durable therapy, but these studies had been limited by either small samples sizes or having CBT combined with other treatments.

For more click here.
Posted by David G. Markham at 12:40 PM No comments:

183,000 Americans have died from prescription opioid drug overdoses in the last 16 years.

Between 1999 and 2015, more than 183,000 people in the United States died from prescription opioid overdoses such as OxyContin (oxycodone) and Vicodin (hydrocodone).

I provide clinical supervision for some substance abuse counselors working towards their licensure at a substance abuse agency in Western New York State. Last week on 09/21/17, in our meeting, one of the counselors shared with the group that two of her clients have died of overdoses in the last 10 days and another counselor shared that one of her former clients had died recently as well.
Posted by David G. Markham at 11:58 AM No comments:

Email ThisBlogThis!Share to TwitterShare to FacebookShare to Pinterest
Labels: Addiction

TUESDAY, Sept. 26, 2017 (HealthDay News) -- New cases of sexually transmitted diseases in the United States reached an all-time high in 2016, federal health officials reported Tuesday.
There were 1.6 million cases of chlamydia, 470,000 cases of gonorrhea and 28,000 of syphilis reported that year, the U.S. Centers for Disease Control and Prevention announced in its annual report on STDs.
And the diseases are on the rise in a number of groups, including women, infants, and gay and bisexual men.
For more click here.
Posted by David G. Markham at 11:47 AM No comments:

Email ThisBlogThis!Share to TwitterShare to FacebookShare to Pinterest
Labels: STDs

WEDNESDAY, Sept. 20, 2017 (HealthDay News) -- Obtaining a restraining order may not be enough to prevent domestic violence, but when state laws require the removal of firearms, risk of those violent crimes goes down, a new study says.
In states that require people with restraining orders against them to surrender their firearms, the intimate partner murder rate dropped by 10 percent. In states that don't require surrender, the rate went down less than 7 percent, the study found.
And the rate of these firearm-related crimes fell 15 percent in states that require surrender, researchers said.
But, just as laws restricting firearm surrender vary from state to state -- some have "possession" laws while others have "surrender" laws -- the protection for victims isn't always the same.
Snip.......................
Currently, more than 1,800 people die from domestic violence in the United States every year. About half of these homicides are committed with firearms. Approximately 85 percent of victims are women.
For more click here.
Posted by David G. Markham at 2:40 PM No comments:

WEDNESDAY, Sept. 20, 2017 (HealthDay News) -- The nicotine in e-cigarette vapor may cause adrenaline levels to spike in the heart, potentially increasing risk of heart attack and sudden cardiac death, a new study reports.
Electronic cigarettes have been promoted as a healthier alternative to tobacco cigarettes because they deliver vastly lower levels of carcinogens, researchers say.
Snip.............................
Based on the results, Middlekauff said, current tobacco cigarette smokers still would be better off switching to e-cigarettes. They would avoid the carcinogens produced by burning tobacco, even though they could face heart health effects from nicotine.
At the same time, there's now evidence that e-cigarettes could pose a health risk to people who have never smoked tobacco because of the nicotine they contain, Middlekauff added.
"If you don't smoke at all, I would strongly recommend against using electronic cigarettes, because they're not harmless," she said.
The study was published Sept. 20 in the Journal of the American Heart Association.
For more click here.

Posted by David G. Markham at 2:34 PM No comments:

Email ThisBlogThis!Share to TwitterShare to FacebookShare to Pinterest
Labels: tobacco 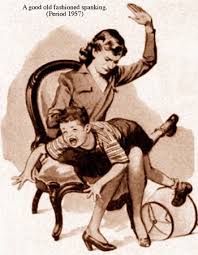 Spanking can have negative consequences up to 10 years later, new research finds.
The study found that children spanked in infancy had worse behaviour and personalities in their teens.
For more click here.
Posted by David G. Markham at 7:00 AM No comments: