This is an interesting video of how Iceland engaged in substance abuse prevention with its teenagers. The same type of programs have been developed and implemented in the United States. 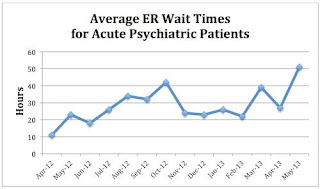 Sisti says the stigma around mental health is "systematized" in our health care system, more so than in the public view.
Health care providers are "rather leery about these individuals because these people are, often at least according to the stereotype, high-cost patients who maybe are difficult to treat or noncompliant," he says. "I think the stigma that we should be really focused on and worried about actually emerges out of our health care system more than from the public."
For more click here.
Posted by David G. Markham at 7:00 AM No comments:

Email ThisBlogThis!Share to TwitterShare to FacebookShare to Pinterest
Labels: Levels of care, Stigma

"Many times individuals who really do require intensive psychiatric care find themselves homeless or more and more in prison," Sisti says. "Much of our mental health care now for individuals with serious mental illness has been shifted to correctional facilities."
The percentage of people with serious mental illness in prisons rose from .7 percent in 1880 to 21 percent in 2005, according to the Center for Prisoner Health and Human Rights.
Many of the private mental health hospitals still in operation do not accept insurance and can cost upwards of $30,000 per month, Sisti says. For many low-income patients, Medicaid is the only path to mental health care, but a provision in the law prevents the federal government from paying for long-term care in an institution.
As a result, many people who experience a serious mental health crisis end up in the emergency room. According to data from the National Hospital Ambulatory Medical Care Survey, between 2001 and 2011, 6 percent of all emergency department patients had a psychiatric condition. Nearly 11 percent of those patients require transfer to another facility, but there are often no beds available.
"We are the wrong site for these patients," Dr. Thomas Chun, an associate professor of emergency medicine and pediatrics at Brown University, told NPR last year. "Our crazy, chaotic environment is not a good place for them."
For more click here.
Posted by David G. Markham at 7:00 AM No comments:

Lack of psychiatric beds not the problem. Lack of funds for outpatient services is. 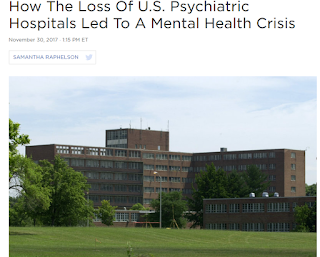 NPR has an interesting story about how the loss of psychiatric beds due to the era of deinstituionalization has led to a "mental health crisis" in the U.S. with people with psychiatric problems winding up in emergency rooms and prisons and jails.

The problem is not the lack of psychiatric hospital beds but the lack of outpatient services which has occurred because of a lack of funding. Health insurance payment systems for psychiatric disorders have led to difficulty accessing services with fewer providers available and people with problems winding up by default in other social systems whether it is criminal justice, social welfare, and health care services not equipped to manage people with mental illness.

For more on the NPR story click here.
Posted by David G. Markham at 11:17 AM No comments:

Email ThisBlogThis!Share to TwitterShare to FacebookShare to Pinterest
Labels: Levels of care

How can you manage seasonal affective disorder (SAD)? 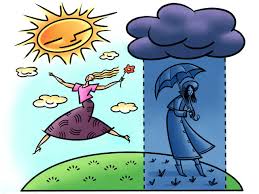 12/21 is the Winter solstice. In the Northern Hemisphere it is the shortest day of the year. Some people are affected more than others with the fewer hours of day light and they experience a mild depression. How can you best manage it?

Editor's note: When my clients complain to me about what sounds like seasonal affective disorder we explore what outdoor activities they might enjoy in the winter time like skiing, ice skating, snow shoeing, hiking, snow mobiling etc. Exposure to day light even when the days are short is the best remedy.

Sitting in a window during the daylight especially a window with a southern exposure is soothing and helps alot.
Posted by David G. Markham at 7:00 AM No comments: 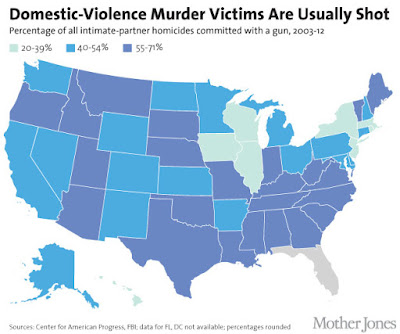 THURSDAY, Nov. 30, 2017 (HealthDay News) -- More stringent gun laws might spur a decline in domestic violence murders, new research suggests.
Thirteen states and federal law prohibit people convicted of domestic violence from buying guns. But the study found that states that extended this ban to people convicted of any violent crime had 23 percent fewer domestic violence murders.
The researchers also found that larger reductions in these deaths were seen when gun restriction laws included dating partners in addition to spouses or ex-spouses, and a requirement that abusers turn in their guns.
"The evidence from this study and previous research highly suggests that firearm restrictions work to reduce intimate partner homicides, and that laws need to be comprehensive when we think about populations most at risk for committing intimate partner violence," said study author April Zeoli. She is an associate professor of criminal justice at Michigan State University.
In the study, the researchers analyzed 34 years of data (1980 to 2013) from 45 states. The 29 states with laws restricting guns in domestic violence cases when a restraining order had been issued had 9 percent fewer intimate partner murders, a finding similar to those in previous studies.
Posted by David G. Markham at 1:58 PM No comments:

Follow Markham's Behavioral Health by subscribing by email in upper right hand corner. Keep up with MH information relevant to the practice of a working mental health professional.
Posted by David G. Markham at 12:59 PM No comments: 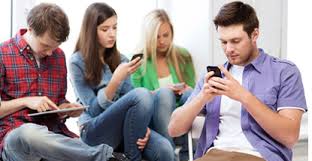 THURSDAY, Nov. 30, 2017 (HealthDay News) -- Teens fixated on their smartphones experience changes to their brain chemistry that mirror those prompted by addiction, a new study suggests.

For more click here.
Posted by David G. Markham at 12:57 PM No comments:

"English is hard. It can be understood through, tough, thorough, thought, though."
Posted by David G. Markham at 6:27 PM No comments: 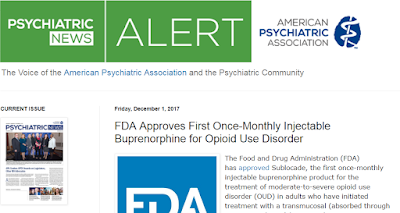 The Food and Drug Administration (FDA) has approved Sublocade, the first once-monthly injectable buprenorphine product for the treatment of moderate-to-severe opioid use disorder (OUD) in adults who have initiated treatment with a transmucosal (absorbed through mucus membrane) buprenorphine-containing product. Sublocade is indicated for patients who have been on a stable dose of buprenorphine treatment for a minimum of seven days and is meant to be used as part of a complete treatment program that includes counseling and psychosocial support.

For more click here.
Posted by David G. Markham at 6:12 PM No comments: