Posted by David G. Markham at 9:47 AM No comments:

Project based learning seems to be superior on many indicators to traditional schooling. Learning the process and skills of PBL make a person a life long learner with enhanced satisfaction and fulfillment. Unfortunately, many people leave traditional schooling with no motivation or skills for life long learning. How about you?
Posted by David G. Markham at 7:00 AM No comments:

Another wonderful model which helps people understand what makes them tick. This model is always in the back of my mind when I meet people and consider what their needs are and what primarily motivates them in their lives.
Posted by David G. Markham at 7:00 AM No comments:

Email ThisBlogThis!Share to TwitterShare to FacebookShare to Pinterest
Labels: Models

Erikson's model is a basic part of every human services professional's graduate program. It's basic framework helps the practitioner orient themselves at a very general level to the basic developmental task of the client.

Failure to achieve a developmental task creates variable symptoms the most common of which are depression and anxiety. One of the ways of thinking about good psychotherapy is to consider the ways in which pursuit of developmental achievements can be nurtured.
Posted by David G. Markham at 11:03 AM No comments:

Is the current impeachment process a culmination of centuries of American genocide and racism? 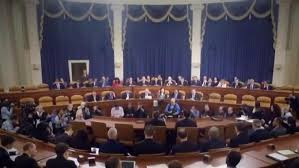 On 11/14/19 I sent this letter to my colleagues regarding the impeachment process we are currently witnessing.

I have been thinking about the current morality play being performed in Washington for the entertainment of the masses from many perspectives.

The spectacle and drama is great for the media outlets who get to monetize, the public fascination with the gladitorial combat taking place in the Capitol similar to the spectacle depicted in Hunger Games.

The prime character of Donald Trump who is depicted both as a bully and as a victim triangles would be rescuers and allies into the conflicted drama with people cast as perpetrators of violence who are victimizers. We are seeing domestic violence depicted on a macro scale in our national family.

If we were to call the police in, to provide structure and constraint on the parties engaged to prevent further violence and destruction and insure safety, from where would they come?

In a democracy, based on the idea of self governance, this structure and constraint supposedly comes from the people so governed to regulate themselves because there is no "deus ex machina" who will come from external places to save us. We must save ourselves or perish.

Are Americans up to the task?

What role, if any, do we as psychotherapists have to play, in ameliorating these dysfunctional dynamics in our national family?

First, according to Bowen theory of emotional systems, the therapist must have a highly developed sense of a differentiated self. The therapist must be a nonanxiouis presence in the face of emtional arousal. We can't help anyone else if we are not okay ourselves.

Second, according to Bowen Theory we attempt to detriangle the triangles. How do we help the Triumpian enablers quell their anxiety? Anxious people often attack to defend themselves. This is an emotional process not a rational one. You cannot convince, rationally, hurting people that they are not hurting. The Repbulican defenders/enablers of Trumpism are hurting and fighting to protect their egos. Will further attack help them or only make them more desperate and venemous? As therapists we, more than anyone, know the answer to this.

Third, working to change the form of the current government does not get to the root of the problem which lays in deep seated anxiety over social change which gave rise to Trumpism to begin with. Knowing that the current problems are the result of a multi-generational transmission process which began with the American Indian genocide and the enslavement of Africans, we, in the current generation, must come to acknowledge and make amends for the racism, mysogeney upon which our nation was founded and which still fuels at an unconscious level so much of our current politics.

Fourth, as Ruby Sales, the public theologian says, "Ask first, where does it hurt." and then go from there.

Americans are hurting right now because of the reflection of ourselves we are seeing in our elected officials whom we put into office. Rather than blame them, we need to examine and understand what it is that we have done to ourselves.

In the end, I have faith that we will be okay. All it takes is a few good people to light the way. There are many good people among us we can count on.

Fred Rogers said that his mother told him that if he found himself in a crisis look for the helpers. Who are the helpers you ask? Find a mirror, look into it, and enjoy the image.

Email ThisBlogThis!Share to TwitterShare to FacebookShare to Pinterest
Labels: Impeachment

Dr. David Dunning suggests ways of managing your own biases.

Email ThisBlogThis!Share to TwitterShare to FacebookShare to Pinterest
Labels: Dunning-Kruger

Do you think you're smart when you're really stupid?

President Donald J. Trump is probably the best public example of this phenomenon.
Posted by David G. Markham at 9:24 PM No comments: