Posted by David G. Markham at 8:46 AM No comments: 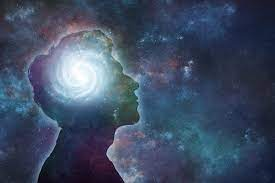 Our usual way of thinking is cause and effect. In Western Civilization we tend to view and understand our experience of the world in a linear and reductive way. Seth’s idea of consciousness is a systems view, the whole is greater than the sum of its parts and it is this “greater than” that contributes to consciousness.

This idea of the whole being greater than the sum of its parts is a primary concept in family therapy where the dynamics of the family system, the roles and rules that govern its functioning, is the frame of reference and focus of perception and apprehension.

From this perspective one might ask “What kind of a family is this?” and “To what extent are they aware of how the system they participate in functions?” In other words, to what extent are members of the family conscious of its existence as a family unit and not just a collection of individuals?

Posted by David G. Markham at 9:02 AM No comments:

Email ThisBlogThis!Share to TwitterShare to FacebookShare to Pinterest
Labels: Being You, Systems thinking
Older Posts Home
Subscribe to: Posts (Atom)