Generational cohorts and the differentiation of self 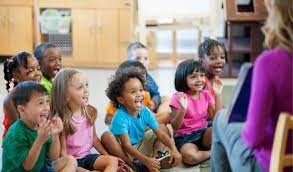 The idea of the socializing and conditioning of children which occurs facilitated by the culture the child grows up in, of which parents are only one factor among many, is significant in understanding human development.
Sociologically there are certain values, technologies, and political events which define generational cohorts. The popular names we have for these cohorts: boomers, gen x, millennials, gen z is shorthand for the culture that shaped these various cohorts. As a boomer therapist I am very aware of these differences as they shape the cognitive, value, and social filters through which a client may likely view and interpret the world. Being aware of these filters is the first skill of 21 which Cindy Wigglesworth names in her book on spiritual intelligence. The question that Wigglesworth asks to focus on this skill is "Do you think you can explain to others the impacts of your culture, your upbringing, and your mental assumptions on how you interpret the world around you?" The stage of skill development is low, medium, or high.
Being born in 1965 a person's birth occurred right at the end of the boomer generation and the beginning of the gen x. Gen x was the self esteem generation when there were prizes for everyone. You got a trophy just for participating rather than for any merit. Gen x was also the generation which saw the introduction of cell phones and the internet and was the generation raised by parents heavily influenced by the war in Vietnam and the Civil rights era with the assassination of John Kennedy, Martin Luther King, Jr. Malcom X, Bobby Kennedy. Gen X also experienced  the introduction of managed health care and the explosive growth of publicly funded colleges, both four year and two year community colleges. Gen x also saw the introduction of birth control, the legalization of abortion and the liberation of females in western societies.
One of the questions always in the back of my mind when I interact with people is "To what extent do you know what makes you tick?" This is the first skill in spiritual intelligence and is at a very low level in our society. Most people, 80%, are annoyed with this question and become defensive. This phenomenon is not related to chronological age but to the level of spiritual intelligence the person has achieved in their life.
Socrates said that an unexamined life is not worth living. How many people do you find that live examined lives? Is living an examined life something which our society in general values and supports? It is something that we psychotherapists, hopefully, nurture and facilitate as it contributes to intrinsic rewards of true self esteem and self confidence and what Murray Bowen called "differentiation of self.".
Posted by David G. Markham at 9:55 AM No comments: