President Trump's behavior is not okay in New York State

Donald J. Trump make think it is okay for celebrity, rich males to grope women's genitals and kiss them uninvited but lawmakers in New York State don't think it is okay.

Posted by David G. Markham at 7:56 PM No comments:

Email ThisBlogThis!Share to TwitterShare to FacebookShare to Pinterest
Labels: Not okay

Fatherhood has changed over the last century 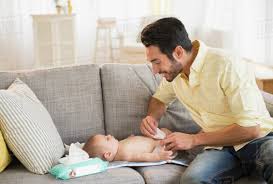 As an old guy at 73 who became a father for the first time at age 20 and then went on to have 8 more children, 9 total, yes, with the same woman, very unusual in this day and age, I will acknowledge, I have seen drastic changes in the role of fatherhood in our society from the time of my grandfather who was born in 1894 and my father born in 1918, and my time born in 1945, and my youngest son's time born in 1980.

The role of fatherhood significantly changed when Roe vs. Wade was decided in 1973 and abortion became legal in United States and motherhood and fatherhood became optional when a pregnancy occurred. The current curtailment of abortion in Repulbican States has sigfiicant impact on women who have the right of abortion or are losing it, but the "rights" of fathers, if there is such a thing, is rarely recognized and acknowledged. Fathers, when they have impregnated a woman, have no rights unless the child is born and then they are frequently contested.

Fathers have been rendered impotent by the state when it comes to whether a pregnancy will be carried to term or aborted and with that decision comes a great deal of angst and what Freud might have called "castration anxiety". This social event of whether to carry a pregnancy to term or to abort leaves most men marginalized and disenfranchised by the legal system because they have no rights and thus many men take what the attachment theorists an "avoidant" or an "anxious" stance. It is rare for a man in this situation to feel secure.

In this day and age, unlike my grandfather's, father's, and mine, a man is not even required for impregnation. Women are quite self sufficient in regards to whether she wants to become a mother or not, and men who donate semen to a sperm bank may not even know the extistence of children they have sired.

It is a new world, we are living in, in this day and age, a world in which fatherhood has become a luxury and a privilege if a mother will allow it and wants it, but men have been rendered ancillary and no longer primary when it comes to the role of fatherhood.

Parenting, of course, is another topic. There is a distinction between being a father and being a parent. I don't know if fathers are doing more parenting now than they have in the past. I suspect, if studied, we might find that the type of parenting males do in our current culture is quite different than the parenting of my father and grandfather. I changed diapers, burped, bathed, feed, supervized, and played with my children something that neither my father or grandfather ever did, nor would have thought of doing, because it was "women's work."

Fathers who also parent deserve repect and honor for the roles they play in nurturing the suceeding generation. Grandfathering is important too and many of my clients report that while their own fathers were M.I.A. their grandfather not only took an interest but were there for them.

In my practice, parenting for fathers is a constant theme, usually surfaced as we discuss the genesis of their symptoms of depression, anxiety, anger, fear, and demoralization. It is interesting how the focus on "social issues" in our politics largely ignores the role of fathers as parents unless it involves father bashing as portrayed in our media like TV shows and movies where fathers are portrayed as imcompetent morons like Homer Simpson, Family Guy, Archie Bunker. It is interesting how fathers are so easily made the butt of jokes, satire, and sarcasm.

In this enviornment, men struggle to understand what it means to be a man in our current culture, and fatherhood and parenting are fraught with ambivalent and ambigous messages. When it comes to fatherhood and parenting, men need to be empowered by clearer defintions of the role they can and should play. There is a lot of work for us psychotherapists and family therapists to do.

Best wishes to all the men who are not only fathers but parents,

Irrational societal fears can paralyze parents and cripple their children.

Children are designed, by nature, to spend hours per day playing with other children, independently of adults.

In such play they practice all sorts of physical and mental skills; discover and pursue their passions; and learn how to create their own activities, solve their own problems, get along with peers, and control their emotions and impulses.

Depriving children of independent play inflicts serious harm on them.

For documentation of such harm, see: The Decline of Play and Rise in Children’s Mental Disorders; As Children’s Freedom Has Declined, So Has Their Creativity; Declining Student Resilience: A Serious Problem for Colleges; and How We Deprive Children of the Physical Activity They Need.

Posted by David G. Markham at 9:18 AM No comments:

How states effectively outlaw abortion through “layers of roadblocks”

Email ThisBlogThis!Share to TwitterShare to FacebookShare to Pinterest
Labels: Abortion, Self determination 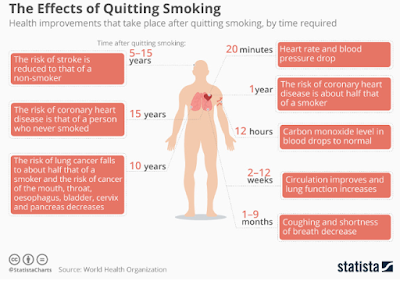