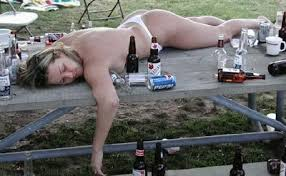 What is the good life?
Recent science offers a fresh view of depression as a developmental process, especially in light of what we know about natural spirituality, its development, and its relationship with mental health in adolescence. As we know from the science of the spiritual brain and the adolescent surge:
• Natural spirituality burgeons by 50 percent in adolescence. The transcendent faculty is kicking in during this window of genetic expression.
• Once spirituality surges, harnessing it into a transcendent relationship is more protective against depression than anything known to medical or social sciences.
• Spiritual individuation helps build relationships based on commitment and love and work based upon calling. This is a blueprint for a life of thriving, meaning, and purpose.
Miller, Dr. Lisa. The Spiritual Child (p. 277). St. Martin's Publishing Group. Kindle Edition.
A few years ago I had a 17 year old male client who was in twelfth grade, failing all his courses even though he had been on high honor roll, experimenting with drugs and alcohol, defiant of his parents rules, staying out all night, etc.
I had met with him three times at his parent’s insistence although he had no use for counseling and even further had a disrespectful, scoffing, and ridiculing attitude toward me and therapy. In our third session, not knowing what else to do, and maybe inspired by the Holy Spirit I asked him an impertinent question I had never asked a client before. Out of the blue I said, “So Jake, what is your interior spiritual life like?”
Jake looked at me stunned and like I had three heads. His whole demeanor changed. He became pensive, the cocky, know-it-all attitude immediately changed and after a few moments of silence and stuttering he finally said, “I don’t know. That’s a really good question.”
We were at the end of our meeting time, and for the first time he said he wanted to make another appointment and come back. When we got together the next time, he had given the question a great deal of thought, and he told me he wanted to finish up high school even though it was “bull shit” and go to a college in the midwest. I saw him a couple of times and his parents told me they were amazed at his change, positively, in his attitude and behavior.
I told this story to my adult daughter and she said, “Dad, nobody talks with teenagers about what is really important to them in life. The whole question of ‘what is the good life?’ never gets discussed. You’d think it would be #1 on the curriculum wouldn’t you?”
Yes, you would. It is interesting how adults have abdicated this role of discussing what is the good life to advertisers, marketers, and drug dealers.
Posted by David G. Markham at 7:00 AM No comments:

Email ThisBlogThis!Share to TwitterShare to FacebookShare to Pinterest
Labels: Spirituality

What's the best way to change an abuser?

In the May/June, 2019 issue of Mother Jones magazine there is an article entitled, "What's the best way to change an abuser?"

There is no one best way.

My clinical experience of over 50 years has taught me that the first step is a mental health evaluation to understand the person's psycho-social functioning which is composed of thoughts, feelings and behavior. The causes of domestic violence are multi fasceted.

The Mother Jones article notes that 86% of mass shooters studied had a history of perpetrating domestic abuse.

One program that seems to help somewhat is Men Creating Peace in California. In Rochester, NY, a Social Work colleague of mine had pioneered a program for men who perpetrated domestic violence back in the 70s and 80s. I am not sure if the program any longer exists.

With U.S. birth rate below replacement levels, it will have to increase immigration rates to maintain its population.

Metaphors influence what you think and believe

Posted by David G. Markham at 7:56 AM No comments: