Bruce Feiler interviewed on Ten Percent Happier podcast on 09/14/20 about his work on life transitions.

What is the shape of your family' s story? 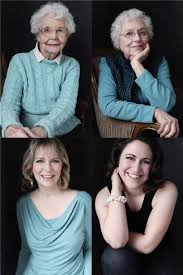 What is the shape of your family story?
I am a Psychiatric Social Worker, more formally titled, Licensed Clinical Social Work Psychotherapist, licensed to practice in New York State where I have worked in this profession since 1968 over 51 years.
I continue to practice in my own office about 3/4s time at age 74 seeing clients with various mental health concerns. I see people of all ages from 5 to 100. I meet with them individually, with their life partners, in families and sometimes therapy groups.
Like all psychotherapists, I have many models of understanding about what makes people tick and how to facilitate their getting their lives on a better track. I describe myself as being eclectic when it comes to choosing models to draw ideas from that I think might help my clients. If I am forced to choose though I find family systems theory and narrative theory the most helpful. So I was delighted to find Bruce Feiler’s great book, Life Is In The Transitions, to help me further crystalize my thinking about how to be helpful to my clients in therapy.
Here is a taste of what Mr. Feiler intends to describe in his book from the introduction:
Why would knowing your family’s story help you navigate your own? “All family narratives take one of three shapes,” Marshall explained. First is the ascending family narrative: We came from nothing, we worked hard, we made it big. Next, the descending narrative: We used to have it all. Then we lost everything. “The most healthful narrative,” he continued, “is the third one.” It’s called the oscillating family narrative. We’ve had ups and downs in our family. Your grandfather was vice president of the bank, but his house burned down. Your aunt was the first girl to go to college, but she got breast cancer. Children who know that lives take all different shapes are much better equipped to face life’s inevitable disruptions.
Feiler, Bruce. Life Is in the Transitions (p. 6). Penguin Publishing Group. Kindle Edition.
Further in the introduction, Feiler writes that what gets people into trouble is that they expect their life to be linear, a straight line from start to finish, but most lives don’t work like that any more. They are non linear with disruptions and when many disruptions occur together Feiler calls them “life quakes.”
The direction of people’s lives with their ups and downs Feiler calls their “shape.” How have our lives unfolded? Have they been straight lines, ups and downs like a saw blade, a circle, a spiral, and oblong object?
What everybody said, in one way or the other, was the same thing: My life has been disrupted, my dreams shattered, my confidence punctured. There’s a gap between the upward, dependable, “every problem can be cured with a pill, an app, or five minutes of meditation” life I was sold, and the unstable, unpredictable, utterly fluid life I’m forced to contend with. The life I’m living is not the life I expected. I’m living life out of order.
Feiler, Bruce. Life Is in the Transitions (p. 8). Penguin Publishing Group. Kindle Edition.
What shape has your life taken? How has it unfolded? Is it what you expected or has it surprised you? Referring back to Marshall’s three types of life narratives is the story of your family ascending, descending, or oscillating over the generations?
Posted by David G. Markham at 7:00 AM No comments:

Book of the month discussion - Life Is In The Transitions: Mastering Change At Any Age by Bruce Feiler

A new feature on Markham's Behavioral Health is a book discussion of the month. Every month a different book will be featured which will be discussed throughout the month. Follow along and comment as you are moved.

This month we will be discussing Life Is In The Transitions: Mastering Change At Any Age by Bruce Feiler.

Posted by David G. Markham at 3:18 PM No comments:

The borderline Queen - "It's all about me!"

Borderline Personality Disorder can manifest itself in multiple ways. In her book, Understanding The Borderline Mother, Dr. Christine Lawson describes four role types which BPD is exemplified by: the Waif, the Hermit, the Queen, and the Witch. These role types are not mutually exclusive and characteristics of these types over overlap and inter mix.

Dr. Lawson writes that Borderline Queens are driven by feelings of emptiness, and that they seek special treatment because they felt emotionally deprived as children. The Queen has learned how to win special treatment through persistence and intimidation.

She can be intrusive, loud, inpatient, and flamboyant. She is easily frustrated, often bursting into rages than can terrify her children. She can be disingenuous and may lie in order to get what she wants." p.104

Dr. Lawson points out that giving in to the Queen is easier than resisting, and Dr. Lawson further points out that those who dare to confront the Queen may be treated as infidels and, as such, may be banished for their disloyalty. In this way, the Borderline may create new borderlines in their children by terrorizing them with rejection and abandonment to punish them for not following her will. Husbands of Queens learn that any peace and equanimity that can be obtained in the relationship with her will require that they acquiesce to her demands or arguments will ensue that will escalate until the Queen gets her way. For similar reasons, the Queen will be right about everything and never take responsibility for her own mistakes or problems. She will never apologize or say she is sorry or seek forgiveness. The Queen is sovereign and expects all to serve her faithfully and compliantly or as the Queen in Alice In Wonderland would hysterically shout, "Off With Their Heads!"

"The darkness within the borderline Queen is emptiness. Emptiness and loneliness are distinctly different emotional experiences. Whereas loneliness results from loss and evokes sadness, emptiness results from deprivation an triggers anger. However, not all Queens experienced loss in early childhood. The common denominator among borderline Queens is emotional deprivation. As children they felt robbed; consequently, they feel entitled to take what they need." p. 105

The Queen can be very charming and seductive pursuing attention to fill the void of the underlying deprivation. The Queen can be quite competitive and envious of others and devalues others who are a threat to her or who do not provide gratification or special treatment. This sense of deprivation often impairs moral judgment and the Queen can be vindictive without feeling guilt or remorse. The Queen will rarely give credit to others unless there is something in it for her. People quite attracted to the Queen initially, because she usually has quite a charismatic personality, will sooner or later get burned by the Queen when they realize that for the Queen everything must be about her and if possible they will avoid her.

"The Queen relates to others with superficiality and an air of detachment. She may perceive others, including her children, as a threat to her own survival unless they relinquish their needs for hers. Queen mothers compete with their children for time, attention, love, and money. Superficial interest and a lack of attunement to the child's emotional needs are typical of Queen mothers." p.108

A little further on the same page, Dr. Lawson writes:

The borderline Queen motto is: "It's All About Me!"

Dr. Lawson points out that although Queen mothers emotionally sacrifice their children, their children may go to their graves protecting her.

Posted by David G. Markham at 9:28 AM No comments: