Staying sane through the primaries

A tenth item would be to check your source. Be media literate. Be skeptical of what you fear and read until you have verified the information from credible sources who provide accurate, true information. Beware of what the Trump whitehouse calls "alternative facts." There is no such thing. There may be alternative interpretations and opinions, but there is no such thing as alternative facts. Be aware of false equivalency. Are there two sides to the question, "How much is 2 + 2? "What atoms comprise a molecule of water, H2O?
Posted by David G. Markham at 7:00 AM No comments:

Why are people in the U.S. living shorter lives?

Life expectancy in the United States has dropped for three years in a row. Why?

Because of the increasingly fragile safety net and decreased quality of life because of low wages due to income inequality.
Posted by David G. Markham at 7:00 AM No comments:

Email ThisBlogThis!Share to TwitterShare to FacebookShare to Pinterest
Labels: Opioids

How to encourage your kids to be honest (it works with adults as well).

The bias in medicine based on sex and race.

There are plenty of studies that show the benefits of reading. People who read books tend to more mentally healthy than people who don't. In fact, the opposite is true - Beware of the person who doesn't read books.
Posted by David G. Markham at 1:47 PM No comments:

Email ThisBlogThis!Share to TwitterShare to FacebookShare to Pinterest
Labels: Books 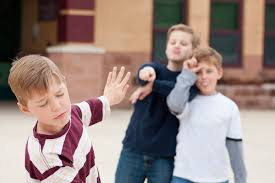 From Science Daily on 08/15/19
A new study in the Journal of the American Academy of Child and Adolescent Psychiatry(JAACAP), published by Elsevier, reports that bullying victimization may increase the risk of suicide attempts among young adolescents by approximately three-times worldwide.
"Globally, approximately 67,000 adolescents die of suicide each year and identifying modifiable risk factors for adolescent suicide is a public health priority," said lead author Ai Koyanagi, MD, and Research Professor at Parc Sanitari Sant Joan de Deu, Barcelona, Spain.
The findings are based on nationally representative data collected through the World Health Organization's (WHO) Global School-based Student Health Survey, which is a school-based survey conducted in multiple countries across the globe.
The study included 134,229 school-going adolescents aged between 12 and 15 years from 48 countries across five WHO regions, including Africa, the Americas, the Eastern Mediterranean, South-East Asia, and the Western Pacific. The sample was comprised of nine high-income-, 33 middle-income-, and 6 low-income-countries.

I see a lot of middle school kids who are bullied usually in school. There are many aspects to these situations but the two that are biggest are first, that is the shame attached to other people watching the bullying and sometimes egging it on and joining in with excited shouts and derrogatory laughing and cat calls, and the second, is helping the victim stick up for himself and get out of the victim role. There are many ways to do this and the victim usually needs coaching and support.
Posted by David G. Markham at 7:00 AM No comments:

Do you play the victim? Want to give this game up?

Sometimes people are victims and need understanding, consolation, and compensation for the harm that has been done to them. This is NOT what Dr. Marks is talking about in this video. What she is referring to is a habitual pattern of dysfunctional behavior which is manifested in the complaint, "Why do these things always happen to me?"

A statement like "Why do these things always happen to me?" indicates a familiar rut, a familiar pattern of behavior, a "thing which the person seems to repeatedly do." This is the major schema of what is called a "personality disorder."

"Playing the victim" is an maladaptive attempt to get one's needs met. This method or strategy is usually below the person's level of conscious awareness. Becoming aware that one has a tendency to play the victim is the first step in escaping and changing this long term schema or way of behaving in one's interactions with other people.

As I like to say, "If you can't name it, you can't change it. But once you can name it and are aware of it, you can imagine other ways you might manage your emotions and the circumstances you find yourself in. Dr. Marks suggests five possibilities. Maybe you can imagine five more.
Posted by David G. Markham at 7:00 AM No comments:

Email ThisBlogThis!Share to TwitterShare to FacebookShare to Pinterest
Labels: Playing the victim, schema

What are the criteria for PTSD diagnosis in the DSM - 5?

Email ThisBlogThis!Share to TwitterShare to FacebookShare to Pinterest
Labels: PTSD

In 2015 the longest married couple in America were 99 years old and had been married 81 years.

Email ThisBlogThis!Share to TwitterShare to FacebookShare to Pinterest
Labels: Marriage

What difference does locus of control make?

What the difference between saying to someone:

"Wow, you sure got lucky on that one!"

"You did a good job positioning yourself so you were in the right place and the right time."
Posted by David G. Markham at 9:08 AM No comments: