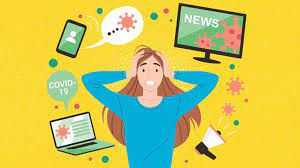 Stop picking the worst story.
The old newspaper editorial moto is "If it bleeds, it leads." Why? Why would editors and publishers lead with the worst story? What is the impact of this practice on the mental health of individuals, families, groups, communities, nations, and the world?

Are most media users aware of how they are being manipulated? Do media users understand what is contributing to their anxiety disorders and depression. How often do they share the worst of what they have seen and read on media?

Someone suggested last week that new psychiatric diagnosis be adopted named "Headline Stress Disorder." Like "ADD" is now commonly used in popular psychology for the diagnosis of Attention Deficit Disorder, the new disorder can be referred to as HSD.

Posted by David G. Markham at 8:56 PM No comments: