How to pass on alcohol.

Email ThisBlogThis!Share to TwitterShare to FacebookShare to Pinterest
Labels: Alcoholism

Therapy discussions - "Even if things get better they don't last." 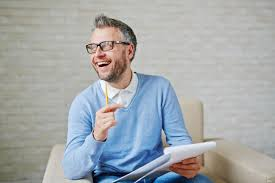 Therapy discussions are composites and not a transcription of an actual conversation.

The 55 year old female client said, "My life has been just terrible. Bad things always happen to me. I'm on my third marriage and so many people in my life have died. I think my life is at an end. I can't take much more. It seems things are always terrible."

I said, "Golly, that sounds awful. It is amazing you've made it this far."

She said, "Yeah, I don't want to get up in the morning. Nothing ever goes right for me."

I said, "Never? Nothing has ever happened that's good in your life?"

I said, "I know what you mean. My brother told me one time, 'There's no such thing as gravity, the whole world sucks.'"

She looked at me as if she didn't believe I'd said this and laughed.

I laughed too. We laughed together at how bad things can be, and if you can laugh with someone, how bad can it be? 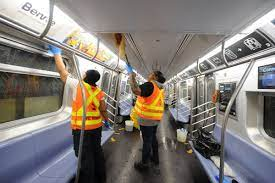 This behavior had arisen in my consciousness and I have observed it multiple times but didn’t have a name for it until I read the article in the Washington Post by Marc Fisher about “hygiene theater.”

Hygiene theater is intended to lower anxiety about catching covid while the unintended side effects of the supposed hygienic practices can make the likelihood of catching Covid higher.

Community psychologists and Social Workers who study macro systems might be on to this phenomena. It might be a good thing if more people, especially the policy and procedure implementers were aware of it.

The concept of hygiene theater might also be helpful in clinical settings if psychotherapists discussed this drama with their clients and how the dramatic “precautions” instill needless anxiety. 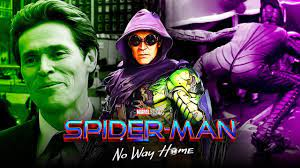 I met with a client (23) who told me when I asked him who his heroes are "I don't have heroes. I like the villains better."
I said, "That's interesting. Who are your favorite villains."
He thought a moment and said, "The Green Goblin."
He then told me he didn't want to meet any  heroes because he is afraid he would be disappointed. Then he said to me "Never meet your heroes, Dave. They're never what you think they are."
I said, "That's very wise. I'm getting more out of this session than you are."
And so, life is full of disappointment and disillusionment. It's not healthy to get your hopes up with unrealistic expectations. It seems that my client already has learned this and it is an important lesson that he reminded me of..
Posted by David G. Markham at 7:00 AM No comments:

Deploying behavioral health social workers in primary care settings can increase the likelihood that patients with depression or anxiety will receive treatment within 30 days of their diagnosis, a study published today in Psychiatric Services in Advance has found.
****
In May 2018, changes were made to the electronic health record (EHR) system enabling physicians to more easily refer patients to the behavioral health social workers, who would then call patients within seven days of receiving the referral.
The social workers screened patients using tools such as the Patient Health Questionnaire-9 and asked patients about current substance use and anxiety as well as any history of psychiatric disorders. The social workers also offered community resources or referred patients to mental health professionals such as a psychiatrist, psychologist, or licensed independent social worker.
Compared with those diagnosed with depression or anxiety before the social workers began working with the primary care practices, patients diagnosed with depression or anxiety had the following: 4.35 times the odds and 4.27 times the odds, respectively, of having a behavioral health visit within 30 days of diagnosis. 5 times the odds of having a visit with a non-psychiatrist therapist. 1.82 times and 1.58 times the odds, respectively, of having a visit with a psychiatrist.
“Other health systems that have advanced EHR systems should consider introducing social workers trained in behavioral health to triage patients receiving new diagnoses of depression, anxiety, or both and systematically link them to appropriate care,” Pfoh and colleagues concluded.
For more click here.
Editor's note:
This activity described above has been called "case finding" and "outreach." The Behavioral Health Social Workers help lower the barriers to access to MH services. These services are valuable and beneficial. The problem is who pays for them?
Posted by David G. Markham at 7:00 AM No comments: 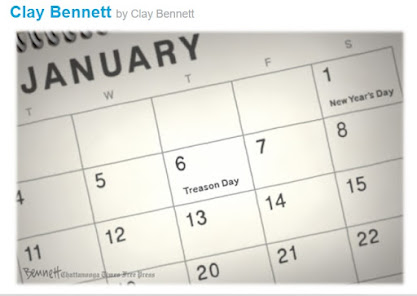 Therapy discussions are composite descriptions of therapy conversations. They are not a transcription of a discussion  with a particular client.

Yesterday , January 5, 2022, was quite a day in the office. In addition to the client who wanted to discuss the blue-footed booby bird, another client brought up "treason day." He said, "Ya know, Mr. Markham, tomorrow is treason day."

I said, "Really?", thinking that Martin Luther King, Jr. day is coming up but still a week away. "What's treason day?"
He said, "It's the first anniversary of the insurrection when Trump and his supporters tried to overturn the results of the election."
I said, "Oh yeah. Okay, I get it. What do you make of it?"
"Well," Bob said, "I'm beginning to understand better what some of the factors are that are fueling my anxiety and depression beyond the pandemic and climate change."
I asked as I have been taught to do as a good therapist, "Tell me more."
He said, "We are seeing the end of our democracy and actions to create a dictatorship in our country."
"Yeah," I said, "I guess there is an element in our country that no longer believes and adheres to the rule of law."
"Ya gotta have laws," Bob said, "or you get an autocracy. People have a choice and now is a good time to decide: democracy or autocracy.?"
"What is your choice,: I asked?
"I'm not a traitor to my country," Bob said.
"No," I said, "You seem true blue to me."
"Is that a play on words," Bob said laughing.
So with blue-footed booby birds and treason day I had quite a day yesterday. Today is quieter because I am just doing paperwork. I wonder what tomorrow will bring?
Editor notes:
The "Big Lie" and other gaslighting techniques of those who cling to power and are sore losers significantly impact the mental health of people in our society. This gaslighting  can be called "mystification." Mystification is when you are being lied to and your words and actions are being labeled negatively as if you are crazy not the perpetrator of the deceit.
Posted by David G. Markham at 7:04 PM No comments:

It is hard to understand what one doesn’t know

He (Eric Kalenze) also discovered books by E.D. Hirsh Jr. and Diane Ravitch that reinforced his initial feeling that what was called “progressive” or “constructivist” pedagogy didn’t place enough value on building students’ knowledge through explicit instruction “ Wexler, Natalie, Why So Many Kids Struggle To Learn, American Scholar, Winter 2022,P. 41

The basic idea is that reading comprehension depends on stored knowledge so that the reader has a context for the new information being obtained. Without this context the reader is confused or bypassed as the information goes over their head. Explicit instruction of primary concepts and knowledge is needed for understanding to be achieved. Merely decoding words with phonetic articulation doesn’t provide the meaning of the word.

In other words it is important for a person to know stuff if they are to learn more about it.

The Dunning-Kruger effect also highlights the difference between being “dumb” and “stupid.” Dumb is when a person is ignorant and doesn’t know. Stupid is when a person thinks they know but doesn’t.

Dumbness can be easily dealt with. Stupidity, however, is a whole other challenge. 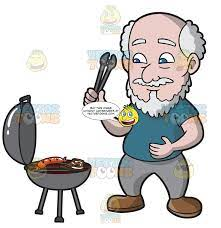 My dad, who is in early stages of dementia, just got a new tall grill for Christmas and I'm worried he'll get hurt trying to use it. The steaks have never been higher.

What kind of tea is painfully difficult to swallow?

Posted by David G. Markham at 2:41 PM No comments:

Epictetus and the Serenity Prayer 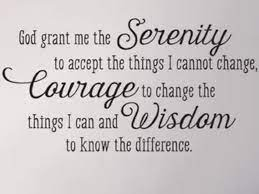 The Serenity Prayer is famous and often shared in Alcoholics Anonymous and addiction treatment programs. It seems fundamental to a positive path of recovery. The Serenity Prayer has been attributed to many sources. I was surprised to read this entry for January 1 in the Daily Stoic day by day calendar from Epictetus

The chief task in life is simply this: to identify and separate matters so that I can say clearly to myself which are externals not under my control, and which have to do with choices I actually control. Where then do I look for good and evil? Not to uncontrollable externals but within myself to the choices that are my own..." Discourses, 2.5.4-6

Posted by David G. Markham at 2:33 PM No comments:

The Uses of Enchantment by Bruno Bettelheim - Moral Models

In 2022 I have added a new feature to Markham's Behavioral Health which is called, "Book Of The Month." During the month, articles regarding ideas raised in the book being read will be posted. It is hoped that readers of this blog might also read the book and comment. Even if you don't read the book please add your comments about the ideas raised anyway. The book for January, 2022 is The Uses of Enchantment by Bruno Bettelheim.

Today, as in times past, the most important and also the most difficult task in raising a child is helping him to find meaning in life. Many growth experiences are needed to achieve this. The child, as he develops, must learn step by step to understand himself better; with this he becomes more able to understand others, and eventually can relate to them in ways which are mutually satisfying and meaningful.

The idea of “moral models” has long interested me. Some might call this a “world view” and others might call it a “meta-narrative.” Whatever it is called, it is the belief system which we unconsciously develop which we believe is real that governs how we think about ourselves and the world.

One of the most important results of storytelling, after entertainment, is survival. Survival involves getting basic needs met for food, clothing, shelter, medical care, and safety. Once survival needs are met then there are the psychological needs of belonging, emotional and social support, and lastly actualization of innate desires, talents, and abilities.

Fairy tales communicate what is to be expected from life. They create a perceptual bias.

What were you told as a child what life was like and what to expect? By whom? At what age? For what purpose?

Looking back and becoming conscious now of processes that were unconscious back then, what do you think the motivations were of the storytellers to tell you the stories they told you?

Email ThisBlogThis!Share to TwitterShare to FacebookShare to Pinterest
Labels: Book of the month. The Uses of Enchangment
Newer Posts Older Posts Home
Subscribe to: Posts (Atom)