Editor's note:
Clinically, I usually find that this kind of high functioning anxiety is related to perfectionism which is also the root of OCD - Obsessive Compulsive Disorder. People with high functioning anxiety also experience depression, feeling overhwelmed, and suicidal ideas. As mentioned, because of the exceptional performance of the person, few people know or would guess at the anguish this perfectionism causes.
Posted by David G. Markham at 7:00 AM 1 comment:

Email ThisBlogThis!Share to TwitterShare to FacebookShare to Pinterest
Labels: anxiety

What is the role of unwanted emotional memories in PTSD? 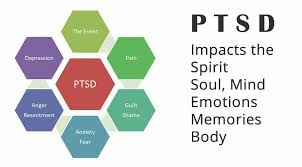 
"People exposed to trauma are less able to suppress unwanted emotional memories due to neural and behavioral disruptions in their brain that may contribute to the development of post-traumatic stress disorder (PTSD).
PTSD is characterized by intense reliving of the trauma that is repetitive, intrusive and incapacitating. The intrusive nature of these hallmark symptoms suggests that the inability to suppress unwanted memories may be a strong contributor to the behavioral manifestation of PTSD.
Previous work has shown that healthy individuals can actively suppress emotional memories while individuals with PTSD frequently experience unwanted memories of their traumatic experiences, even when making explicit efforts to avoid them. However, little is known regarding the behavioral and neural effects of memory suppression among individuals with PTSD."
Editor's note:
This research confirms what is known clinically - that people with PTSD have trouble suppressing memories of traumatic events.
I had a client ask me yesterday if it was normal for the perception of certain objects around her home to trigger memories that were upsetting to her due to a traumatic incident that occured in her home.
I said, "Yes it is normal. However, what may be constructive or destructive, normal or abnormal, good or bad, is how you manage these memories when they are triggered." We then talked about progressive desensitization and she said, "You mean it may get better over time?"
I said, "Yes. Track the frequence, duration, and intensity over the course of several weeks, a month let's say. I predict the frequency will decrease, the intensity will decrease, and the intensity will decrease."
Can memories fade over time? Are there other ways of avoiding and evading troubling memories when they are triggered? 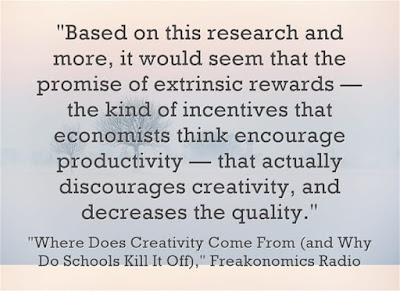 From Larry Ferlazzo's Web Sites Of The Day blog on 03/04/19
"One early and well known experiment found that children who were promised a reward were less interested in creating art than those who did not get that promise (it’s cited in just about every motivation study you can find).
In this Freakonomics episode from last October, though, Teresa Amabile talks about a variation on this experiment that she organized.  In it, students were told their artistic creations were going to be judged, and those children’s creations turned out to be much less creative than those from the control group.
She goes on to say:
I think that the biggest mistake we make in our schools, and I’m talking about everything from kindergarten now up through college, is to focus kids too much on how the work is going to be evaluated. Part of that is the extreme focus on testing in the United States right now and the past several years….
There’s too much focus on “what is the right answer, what are people going to think of what I’m about to say?” and too little focus on “what am I learning, what cool stuff do I know now that I didn’t know last week or a year ago, what cool things can I do now that I couldn’t do before?” And I think that if we could if we could switch that focus, we would do a lot to open up kids’ creativity.
In other words,  teacher judgment itself, especially, I assume, if it’s handled poorly, has the potential of being as damaging to student creativity as any other kind of more explicit reward."

Editor's note:
I noticed this phenomenon when teaching at a college level as an adjunct professor. When I asked students at our first class in the course they were taking what they wanted from the course, the immediate response was "An A." When I asked further, "Assume by virtue of the fact that you registered for this course you automatically get an A, now what would you like to learn and get out of it." Often students had difficulty answering this question.

Students have been well trained to adapt and accept the teacher's curriculum. Curiosity, creativity, motivation based on intrinsic rewards only created barriers to success in the course which is defined by the professor's grades. The effort, then, is to give the teacher what the teacher wants.

This phenomenon of being graded and grades dependent on compliance actually undermines human learning.
Posted by David G. Markham at 7:00 AM No comments:


New York's so-called "red flag" law takes effect in about six months.
It authorizes teachers, school administrators, and others to petition a court for the removal of guns from individuals who they believe pose a serious threat to themselves or others.
“The petitioner has to show clear and convincing proof that the person in question is likely to engage in dangerous conduct,” said Rochester attorney David Tennant, a former co-chair of the New York State Bar Association’s task force on gun violence. "That clear and convincing standard is unusual, it's heightened, it's hard to meet."
For more click here.
Editor's note:
While a step in the right direction, these laws are reactive and not proactive and extremely bureaucratic and difficult to enforce and implement. I doubt they will have much impact on the gun violence problem in the U.S.
Posted by David G. Markham at 6:41 PM No comments:

From whence does the lonliness epidemic spring? 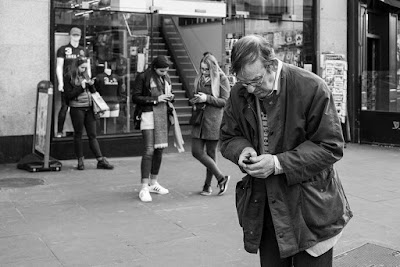 Photo is by Gianpaolo La Paglia and is from the March, 2019 issue of The Sun Magazine,
Posted by David G. Markham at 11:05 AM No comments:

Email ThisBlogThis!Share to TwitterShare to FacebookShare to Pinterest
Labels: Lonliness

From "Children's Freedom: A Human Rights Perspective" by Peter Gray, 02/28/19

"In fact, children today are far more deprived of liberty than they were when I was a child more than 60 years ago, or when my parents were children 90 years ago.  And children are suffering because of that deprivation.  As I’ve documented elsewhere, children today are suffering at record levels from anxiety, depression, and even suicide (Gray, 2011; 2013).   The estimated rates of Major Depressive Disorder and anxiety disorders among young people, based on analyses of standardized clinical assessment questionnaires given in unchanged form over the decades, are now roughly eight times what they were in the 1950s; and the suicide rate for school-aged children is six times what it was then.  Serious mental disorder in children has gone up in direct proportion to the decline in children’s freedom; and there is good reason to believe that the latter is a cause of the former (Gray, 2011; 2013)."

Physicians have the highest sucide rate of any profession. 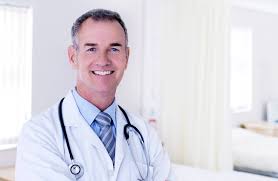 From "Remembering Ricky: Losing a friend to suicide by Andrews Wilner

"During my reading, I also learned that physicians have the highest suicide rate of any profession, with one completed suicide every day.[3,4] That's twice the suicide rate of the general public. I don't have any intention of joining my friend, but I don't like being in a high-risk group!"