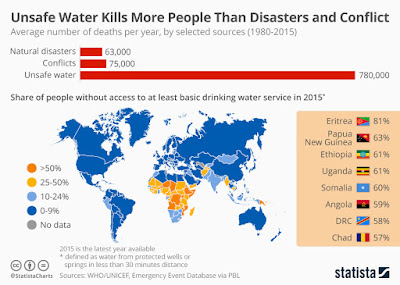 There are many reasons for the U.S. low rankings in life expectancy as compared to these other countries. The several that come first to mind are our terrible health care system, our gun policy, our drug problems, infant child mortality, systemic racism, wealth inequality, and our diverse population.

The life expectancy in the U.S. has actually dropped in the last few years.

In 2015, the United States ranked at 31 in the world on life expectancy.

How are our elected officials dealing with issue? When is the last time you heard a campaigning politician raise life expectancy has a policy issue the nation, state, and local municipality has to work on?

Duing the argument over the Affordable Care Act (Obamacare), then House Speaker, John Boehner, said that the U.S. had the best health care system in the world. Maybe this is true if you have the ealth and health care benefits afforded to a member of congress, but the same health care resources available to a congressperson is available to the the average American.

The Republican party led by the Republican Senate leader Mich McConnell and former Speaker of the House, Paul Ryan have fought against improving our health care system of the last several years being financed by the health care and pharmaceutical industries. While there have been improvements with the ACA making health care available for more Americans many Red states rejected medicaid expansion which would improve health care services to their citizens. Univeral health care is still a vision for the future which is a right in most first world countries which have much higher levels of life expectancy.

Of course, there are other factors which contribute to the low life expectancy in the United States which are better thought of as being pulbic health problems than health care problems with behavioral health issues being significant especially when it comes to substance abuse, suicide, and homicide.


For a video commentary click here.
Posted by David G. Markham at 7:00 AM No comments:

This is a sad and accurate story of abusive patterns of behavior that develop in some families. This video and story comes from the UK. Here in the US, the narrator and older female sibling can and perhaps should call Child Protective Services who will investigate. In New York State where I live these reports can be made anonymously.

The father, the perpetrator of abuse, does not need punishment but mental health help or perhaps a combination of services from the mental health system and the criminal justice system. In many jurisdictions domestic violence laws first utilized by the police in a complaint driven process, hold people who engage in abuse accountable for their behaviors. It has been my experience that restorative justice approaches work better than adversaril punitive ones.

For the number in New York State is and further information click here.

Child Protective Services are available in all states in the United States, and provinces in Canada. I suspect CPS is available in all first world countries.
Posted by David G. Markham at 7:00 AM No comments:

The audio clip lasts about 6 minutes. Molly Wood is the moderator of Marketplace Tech. Fathali Moghaddam is a professor psychology at Georgetown University.

Molly Wood: What are the things that move people, ultimately, to violence?

Fathali Moghaddam: It's a slow process sometimes, but it can also be rapid. The key issues are that individuals feel that they are being mistreated, that there is injustice in the world. Particularly nowadays, through the internet, an echo chamber has developed and isolation takes place, so this group radicalizes. The radicalization takes place in relation to other groups. It's what I call mutual radicalization. Gradually they get to a stage where one or two of them are ready for actual violent behavior.

Wood: It sounds like what you're saying is that, not only is the internet particularly ripe for this type of behavior, but that, in fact, as online communities become radicalized, they radicalize each other. They up the ante.

Moghaddam: Absolutely. This is becoming the norm. We see this in politics. We see it in extremist ideology. There is a relationship between these radicalizing movements and the internet. This is taking place in the wider context of globalization.

Editor notes:
People are easily propagandized because of what historically we have called "peer pressure." People want to fit in and belong to something larger than themselves. The norms of the group which influence compliance and obedience can be for positive social good or negative social good.

Perhaps the dangerious step up the ladder of radicalization is when the sense of social justice becomes self righteously personal. The sense of grievance rises to high levels which compels attack on those perceived as being the perpetrators of the injustice. In these situaions, violence and terrorisism seems not only justified but holy to an insane ego. Most of the U.S. public engaged in this behavior when they supported the Afghani and Iraq war back in 2001. The indiscriminate bombing characterized as "shock and awe" by the media was based on the delusional belief that the Iraqis had WMD.

There was one dissenting vote in the congress on the resolution to engage in this delusional behavior. That was Congress woman Barbara Lee. She was the one healthy person in the whole congress and history will remember her brave and courageous behavior in taking a principled stand against trememdous propaganda and social pressure.

The ego likes to play the game of "one or the other." Americans are quick to project their guilt onto people they perceive as different from themselves. The antidote for this radicalization of populations is to provide personal experience of a positive nature with the person perceived as "different" and a reduction in fear with methods other than self righteous attack

For more click here.
Posted by David G. Markham at 4:25 PM No comments:

Alcoholism and its affects on families.

Alcoholism and its effects on families learned the hard way contributing to a loss of innocence in a young teenage girl.

An apparently well meaning mother keeps the secret of her father's drinking problem from her for reasons that aren't detailed in this video. It is a good example of the "don't talk" rule in dysfunctional families.
Posted by David G. Markham at 7:00 AM No comments:

Teacher who made a difference to a third grader with Asperger's.

Sometimes it takes an understanding person to make a difference. Did you or do you have a teacher who you got alot out of?

Posted by David G. Markham at 6:55 PM No comments: