What happens when black people are arrested and falsely accused by the police?
There is a very good article on NBC News on 05/11/21 well worth reading. You can access it by clicking here.
Editor's note:
Over my 51 years as a Psychiatric Social Worker and a white male of privilege, I have been made very aware of the racism my black clients and co-workers have experienced in their interactions with police. At times, it has brought me to tears to hear their stories.
All helping professionals should read the above article so that their consciousness is raised so that they can better understand the experience of their black clients and their families and community..
Posted by David G. Markham at 7:00 AM No comments: 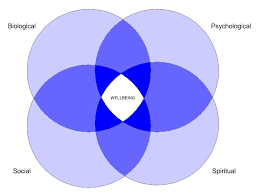 After all, psychology is still a young field, just a little over a hundred years old. And the study of spirituality is even younger, after having been largely neglected by psychologists for many years. My hope is that this work contributes in some way to a more integrated approach to understanding and addressing the spiritual dimension in psychotherapy.

Most psychotherapists since the 1970s have been trained in the bio-psyco-social model of human behavior. In the last twenty years “spiritual” has been added so now we have the bio-psycho-social-spiritual model.

All four components of the model explaining human functioning are important. Kenneth Pargament is one of the early pioneering psychologists exploring the spiritual in addition to the other three models.

There is an important distinction to be made between “religious” and “spiritual.” Religious refers to membership in an institution and an ethnocentric identity which involves membership, adherence to creedal beliefs, certain practices and traditions, and respect for expert leaders of the religion as well as for sacred texts.

Spiritual is one’s relationship with one’s Higher Power whatever the person considers their Higher Power to be.

Being spiritual does not require a belief in a god. In fact many atheists consider themselves spiritual in the sense that they believe in a transcendent reality greater than their own egos if only a belief in the rightness of atheism itself.

Opening up these questions for exploration and examination may be an important part of any helpful episode of psychotherapy.

What's the deal about medical records in behavioral health? 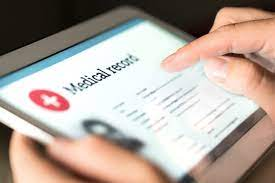 Most of the requirements around progress notes come from regulators and payors.

I have always been taught, and practiced, according to the following ideas which are based on the "medical model";
An assessment leads to a diagnosis.
A diagnosis leads to a treatment plan to minimize, if not eliminate symptoms and increase functioning.
The treatment plan is composed of goals, and treatment interventions.
The "provider notes" are labeled "progress" notes to describe progress toward the achievement of treatment goals.
The treatment plan is adjusted according to the "progress made."
Conclusions:
Progress notes make no sense without a treatment plan specifying treatment goals.
The progress notes make little sense unless they detail treatment interventions and level of achievement to goals.
Regulators often have additional requirements like;
Treatment summaries every 90 days.
Discharge summaries detailing the achievement of treatment plan goals at the conclusion of "treatment"
In many settings, these assessments, treatment plans, and summaries must be co-signed by a supervisor and/or medical director.
In New York State, the Office of Mental Health, and Office of Alcoholism and Substance Abuse Services periodically do surprise visits to audit records. The agency's operating certificate depends on medical records compliance. Also State Medicaid funding is tied to required medical record documentation, If records are out of compliance, agencies can be assessed "pay backs" and agencies have to return sometimes millions if not hundreds of thousands of dollars of Medicaid money paid for services rendered but not recorded in the specified formats.
I have been through these audits and in the 90s they were draconian. This has led to staff time being skewed to medical record documentation for regulatory compliance rather than patient care. Many counselors dream of escaping this system to private practice to be liberated from enslavement to such systems.
I, currently, have 4 medical requests now on my desk from Ciox because Medicare is auditing Medical Option plans looking for Medicare fraud. It is interesting how the accountants and regulators have such a big impact on health care delivery to the extent that some physicians say that an equivalent amount of time and effort is spent on documentation rather than patient care. The same complaint is made by mental health professionals captured by these publicly funded agencies with all their regulatory requirements.
Enter the Electronic Health Record which  promises to make these documentation requirements more efficient and effective. It's utter nonsense. I got a 12 page fax yesterday of a treatment summary for a partial hospitalization episode of a patient being referred to me for outpatient care. The only information the least bit helpful was the demographic information and diagnosis. All the rest were check boxes and fill in the blank kind of data reminding me of Mad Libs party games that has no context for living, breathing, sentient human being.
This kind of stuff makes me very sad at the end of my career. The robots have taken over and have convinced us to use these systems of care of human beings. Makes me cry. The point of these systems is not good patient care but, as always, money.

Subscribe to Markham's Behavioral Health in right hand pane before you leave. 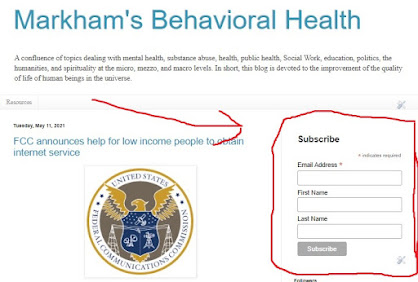 While you're here subscribe to Markham's Behavioral Health for daily notices when new posts are made. The sign up is at the top of the right hand pane.

Posted by David G. Markham at 9:04 AM No comments: 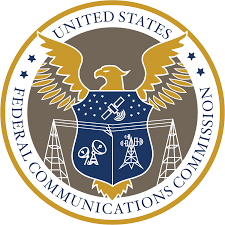 The Federal Communications Commission (FCC) has announced that the Emergency Broadband Benefit (EBB) program will be available for individuals to apply to. This benefit is intended to provide temporary assistance to households who do not have or cannot afford high speed broadband in their place of residence. Eligible households will be able to receive up to a $50/month discount on an eligible internet service plan (Households on Tribal lands can receive up to a $75 discount). Some Internet Service Providers (ISPs) participating in this program are also offering a discount on the purchase of certain devices.

Some important things to know:
Editor's note
Lack of internet service is a big issue for many of my clients who have to go to the library or other public place to get online. This is a major issue in this modern age for doing even simply tasks like making job applications, accessing information about organizations, getting directions, etc.
Posted by David G. Markham at 8:55 AM No comments:

I just bought a Gullotine Bagel Slicer. I buy bagels by the dozen, slice them in half and throw them in the freezer where they will keep frozen for months. When I want a nice toasted bagel, I take one out of the freezer and pop it in the toaster. Smothered in butter or cream cheese or peanut butter and jelly or make a bagel sandwich with just about anything and you will experience a little bit of heaven on earth.

Posted by David G. Markham at 9:06 PM No comments:

I am reading Kenneth Pargament's book, Spiritually Integrated Psychotherapy, and will be posting a series of articles on some of the ideas he discusses. Feel free to comment and share your thoughts as well.
Posted by David G. Markham at 8:09 PM No comments: