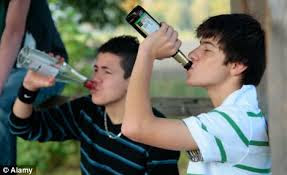 As former Executive Director of GCASA, the Genesee Council On Alcoholism and Substance Abuse, I am proud of the fact that we won the Drug Free Communities coalition of the year in 2006 out of 711 coalitions in the United States. I have continued to follow the prevention research and noticed today a study reported by Science Daily entitled, "Understanding Risk Factors Involved In The Initiation of Adolescent Alcohol Abuse" which was based on information provided by the Research Society On Alcoholism.

The article highlights the findings that adolescent alcohol abusers tend to be male from higher socioeconomic groups, have poorer executive functioning, and who have begun dating at earlier ages under 14.