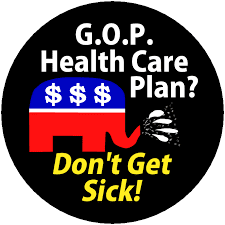 From the Washington Post on 03/09/17
The Republican proposal to replace the Affordable Care Act would strip away what advocates say is essential coverage for drug addiction treatment as the number of people dying from opiate overdoses is skyrocketing nationwide.
Beginning in 2020, the plan would eliminate an Affordable Care Act requirement that Medicaid cover basic mental-health and addiction services in states that expanded it, allowing them to decide whether to include those benefits in Medicaid plans.
The proposal would also roll back the Medicaid expansion under the act — commonly known as Obamacare — which would affect many states bearing the brunt of the opiate crisis, including Ohio, Kentucky and West Virginia. Thirty-one states and the District of Columbia expanded Medicaid under the ACA.
For more click here.
Posted by David G. Markham at 6:27 PM