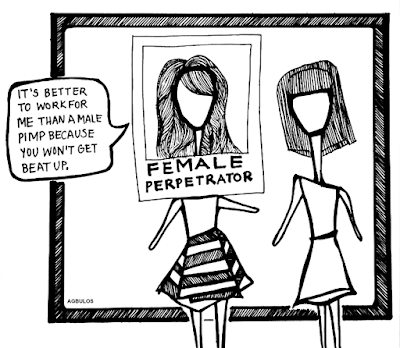 
The majority of sex offenders are male. Research suggests that between 1% and 9% of those who offend sexually worldwide are women, depending on the source of data. Most estimates settle on 5%.
In surveys of people who have been victims of sexual abuse or assault, 3% of female victims and 21% of male victims report that the perpetrator was female.
However, official data of arrest and conviction rates may underrepresent the number of female sex offenders, as those who have been assaulted by a woman are less likely to report the abuse. Female offenders are also less likely to be arrested and convicted. If they are convicted, they receive shorter sentences than male offenders.
For more click here.
Editor's note: In my practice and experience, women are often what are called "co-offenders," meaning that they often don't act alone but in concert with another person. The article above describes this phenomenon.