The morning after pill is nobody's business except the woman taking it and her health care provider. 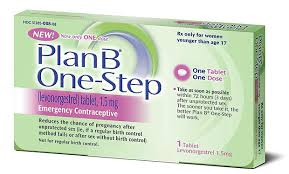 Last month, the Food and Drug Administration announced that people seeking abortion pills during the Covid-19 pandemic will no longer have to visit a doctor’s office to get a prescription. Under the Trump administration, patients were required to receive the first of the medication’s two doses in person, a mandate upheld by the Supreme Court in January. The new policy instead allows for telemedicine consultations and pills sent by mail.

The decision is a practical one for the Covid era: It reduces unnecessary face time in doctor’s offices, which cuts down the potential for exposure. It could also be a huge blow to the anti-abortion movement. Groups like the American College of Obstetricians and Gynecologists have been pushing the Biden administration to make the F.D.A.’s decision permanent. Last week, in a legal filing, the agency announced it was reviewing their restrictions on the medication.

For years, anti-abortion activists have tried to impose their morality under the guise of women’s health and protection. Legislators have proposed anti-choice bills with names like “woman’s right to know,” which sound compassionate but in reality force doctors to falsely claim that women who end their pregnancies suffer physical and mental harm. The primary political strategy of abortion foes relies on the claim that abortion is brutal and dangerous, a myth that is much harder to perpetuate when people can easily access medicine to safely end their pregnancies at home.

Social Workers believe in the client's right to self determination. Politicians should have little control over a woman's choice about her reproductive status. Forcing a woman to have a child is an inappropriate policy stand for a politician to take and act on. A woman's right to choose is a basic component of her mental health.