The examined life is the beginning of a spiritual life 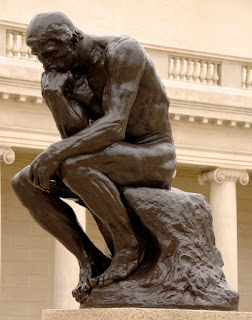 James Fowler has described a model of the development of faith. Readers were encouraged to assess their own level of faith. It was speculated that most people who were reading the article would be at least at stage 4, Individuative-Reflective, where a person is struggling with his/her religious beliefs. At this stage, the person is genuinely questioning his/her religious beliefs and the person becomes aware of conflicts and paradoxes and begins to doubt. At this stage many people "lose their faith" and traditional religious churches are threatened and suppress the expression of these doubts with many tactics. Often, the doubter drops away and stops attending the church and gives up the faith that the person was raised in.

Mainline churches are losing members and many sit mostly empty on Sunday mornings with only a handful of attendees most of whom are over 50. On Pew, and other surveys, increasingly Americans report that they have no religious affiliation and the "nones" as a group is rapidly growing in the United States as it has in Europe. The percentage of Americans who now say they have no religious affiliation is at 23% and is higher in younger age groups with Millennials at 36%. For more click here. Increasingly people say that they are "spiritual" but not "religious," but many seem to have some difficulty describing what this means other than that they do not participate in any organized religion.

If people are identifying as "spiritual" rather than "religious" what does this mean for them and for our society? If a person is to progress in his/her spiritual life to move up Fowler's stages of faith development what can a person do?

Spiritual health is a comprehensive idea which includes body, mind, spirit, and what some people call the shadow or the unconscious. The model is very rich in possibilities for spiritual development. In this article we will focus on the mind and the shadow. We will do this by asking what appears to be a very simple question but actually is very deep if a person wishes to explore what makes him/her tick. The question is: If you have or will have children of your own, how would you raise them the same and differently from the way you were raised?

In making these conscious choices, one might ask how these decisions are made? How does a person decide what a good life consists of and how it should be lived? Some of the information and criteria may come from reflection on the person's lived experience and the lessons he/she has learned, often the hard way, from suffering as well as from satisfying achievements and experiences. Socrates said that an unexamined life is not worth living. Are you living an examined life? If so, what are the practices that you utilize to engage in this practice? Some people journal. Some people talk with family and friends in an intentional way about their questions and concerns. Some engage in social support groups whether it is clubs, organizations, churches, AA, classes of one sort or another, etc. Some seek out professional assistance whether it is psychotherapy, pastoral counseling, and/or spiritual reading.

When it is appropriate I sometimes ask my friends and clients, "What is your interior spiritual life like?" I am always pleasantly surprised with answers I receive. There are many other questions which we don't ask in polite company, but maybe we should like "Why do you think you were born?" "What do you believe is the purpose of your life?" "What gives your life meaning?" "What do you think happens when you die?" Lately, I have been asking people who are entering their second adulthood, 50 - 80+, "What do you want to be when you grow up?"

These questions, unfortunately, are rarely asked in churches because churches try to provide institutional understandings and answers to these questions often based on some text that is claimed to be the authoritative word of god. In our postmodern age, this doesn't work any more for increasingly numbers of people who have moved on to stage 4 and 5 in Fowler's stages of faith model. Religions have not kept up with the evolution of our human consciousness. Many people at stage 5 would say, "My god is too big for any one religion."

If you considering developing some deliberate spiritual practice to enhance your spiritual life, you might consider describing your psychological legacy. What were the values, opinions, beliefs, practices, and rules you were brought up with. To what extent has your psychological legacy become conscious for you? To the extent that your psychological legacy has become conscious, what have you decided to keep and what have you decided to change? Journal about this or find someone to discuss it with for at least 60 minutes over the coming week. This may become an ongoing part of your spiritual practice to which you devote yourself on a regular and continuing basis. This reflection and consequent change in thinking and behavior will improve the quality of your life.

Email ThisBlogThis!Share to TwitterShare to FacebookShare to Pinterest
Labels: Spirituality