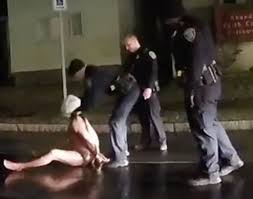 People with untreated mental illness are 16 times more likely to be killed during a police encounter than other civilians, according to a 2015 report by the Treatment Advocacy Center. That same year, a Washington Post investigation found that a quarter of the people shot by police in the United States were suffering from a mental or emotional crisis at the time of their death. Most of those officers were not responding to a crime, but rather to a call about a mentally fragile person behaving erratically.

LEAD and CAHOOTS both prove that it’s possible to respond to myriad crises without the police, thereby reducing harm in the community and lowering the potential for accidental injury and police misconduct.

The biggest barriers facing both programs are not that they don’t work. It’s that they’re still relatively unknown, underfunded, and only as good as the other social services available to treat chronic problems like homelessness, drug addiction, and poverty.

The better frame for this idea is not to defund the police, but to redirect some of the funding for militarized police to other emergency services focused on mental health emergencies.

In the March, 2021, there is a very good article in Sojourners Magazine entitled “911 operator. What is your emergency?” The article describes the concept and actual programs to respond to mental health emergencies in Eugene, Oregon and Seattle, Washington. There is increased interest in developing such programs in other cities and jurisdictions. Is there a mental health crisis team in your area? If so, how does it function?
Posted by David G. Markham at 9:15 AM