Do you think of yourself as a victim?

Article Notes for "Why People Feel Like Victims by Mark McNamara 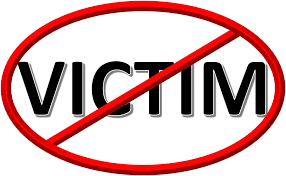 In a polarized nation, victimhood is a badge of honor. It gives people strength. “The victim has become among the most important identity positions in American politics,” wrote Robert B. Horwitz, a communications professor at the University of California, San Diego.

Horwitz published his study, “Politics as Victimhood, Victimhood as Politics,” in 2018.1 He focused on social currents that drove victimhood to the fore of American political life, arguing it “emerged from the contentious politics of the 1960s, specifically the civil rights movement and its aftermath.” What lodges victimhood in human psychology?

The study of TIV is built around four pillars. The first pillar is a relentless need for one’s victimhood to be clearly and unequivocally acknowledged by both the offender and the society at large. The second is “moral elitism,” the conviction that the victim has the moral high ground, an “immaculate morality,” while “the other” is inherently immoral. The third pillar is a lack of empathy, especially an inability to see life from another perspective, with the result that the victim feels entitled to act selfishly in response. The fourth pillar is Rumination—a tendency to dwell on the details of an assault on self-esteem.

You found a correlation between TIV and what you referred to as “anxious attachment style”, as opposed to “secure and avoidant” styles. What is the anxious style?

So victimhood is a learned behavior after a certain age?

Yes, normally children internalize the empathetic and soothing reactions of their parents, they learn not to need others from outside to soothe themselves. But people with high TIV cannot soothe themselves. This is partly why they experience perceived offenses for long-term periods. They tend to ruminate about the offense. They keep mentioning they are hurt, remembering and reflecting on what happened, and also they keep dwelling on the negative feelings associated with the offense: hopelessness, insult, anger, frustration.

Why is it so difficult for people with a high degree of TIV to recognize that they can hurt other people?

They don’t want to divide up the land of victimhood with other people. They see themselves as the ultimate victim. And when other people say, “OK, I know that I hurt you, but you also hurt me,” and want them to take responsibility for what they did, the person with TIV is unable to do it because it’s very hard to see themselves as an aggressor.

In one of your studies, you conclude that TIV is related to an unwillingness to forgive, even to an increased desire for revenge. How did you come to that?

Our study finds that not only do people with high TIV have a higher motivation for revenge, but have no wish to avoid their offenders.

How does the fourth pillar of TIV, Rumination, reinforce this tendency?

In the framework of TIV, we define rumination as a deep and lengthy emotional engagement in interpersonal offenses, including all kinds of images and emotions. And what’s interesting is that rumination may be related to the expectation of future offenses. Other studies have shown that rumination perpetuates distress and aggression caused in response to insults and threats to one’s self-esteem.

How debilitating is TIV for those with moderate TIV? Does it affect everyday functioning?

TIV aside, can there be a positive aspect of victimhood?

There could be, when victims gather together for some common purpose, like a social protest to raise the status of women. When I’m talking about victimhood, I’m talking about something that has aggression inside it, a lack of empathy and rumination. But when you express feelings of offense in an intimate relationship, it can be positive.

Do people high on a TIV scale tend to seek out lovers or friends who share the trait?

Do people in most countries show this trait?

There are very big differences between countries. For example, when I traveled in Nepali I found that their tendency for victimhood is very low. They never show any anger and they don’t tend to blame each other. It’s childish for them to show anger.

Victimhood is also a matter of socialization.

Yes, and you see it when leaders behave like victims. People learn that it’s OK to be aggressive and it’s OK to blame others and not take responsibility for hurting others. This is just my hypothesis, but there are certain societies, particularly those with long histories of prolonged conflict, where the central narrative of the society is a victim-oriented narrative, which is the Jewish narrative. It’s called “perpetual victimhood.” Children in kindergarten learn to adopt beliefs that Israelis suffer more than Palestinians, that they always have to protect themselves and struggle for their existence. What’s interesting is the way in which this narrative enables people to internalize a nation’s history and to connect past and present suffering.

Can you extend this dynamic to groups that share this trait?

It’s a very interesting question, but unfortunately I can’t say much about it. What I can say is that the psychological components that form the tendency for interpersonal victimhood—moral elitism and lack of empathy—are also particularly relevant in describing the role of social power holders. Studies suggest that possessing power often decreases perspective-taking and reduces the accuracy in estimating the emotions of others, the interest of others and the thoughts of others. So not only does TIV decrease perspective, but power itself has the same effect. Additionally, power increases stereotyping and objectification of other individuals. So when you join TIV tendencies and the negative characteristics of the power holder together, it can be a disaster.

What can we do to overcome victimhood?

It begins with the way we educate our children. If people learn about the four components of victimhood, and are conscious of these behaviors, they can better understand their intentions and motivations. They can reduce these tendencies. But I hear people say that if they don’t use these feelings, if they don’t act like victims, they won’t achieve what they want to achieve. And that’s very sad.

Email ThisBlogThis!Share to TwitterShare to FacebookShare to Pinterest
Labels: Playing the victim