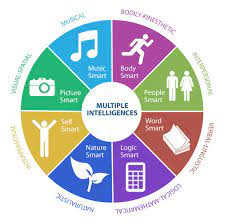 Principle 3: Integral Psychotherapy accepts there are multiple lines or capacities in addition to self-system development. It expects that clients will be developmentally uneven and posits that interventions aimed at different lines can be useful in therapy.

The development of these different kinds of intelligences is uneven with some highly developed and others poorly developed. The question might be asked to what extent is psychotherapy deficit focused and strength focused? A good psychotherapy is both deficit and strength focused. It is not unusual for a psychotherapist to find that a client expresses anguish over failure in one line of development while they excel in another. How important is it for a therapist to take a balanced approach to empower a client who expresses a desire to improve in the areas they are deficient in and amplify and expand the areas they are accomplished in?

We often are asked on employment interviews to identify our strengths and our weaknesses. This type of question brings up the old Greek philosophy dictum, “Know thyself.” and “An unexamined life isn’t worth living.”

One of the major benefits of psychotherapy is to improve one’s degree of self understanding.

Email ThisBlogThis!Share to TwitterShare to FacebookShare to Pinterest
Labels: A Guide To Integral Psychotherapy