Overview of the grieving process. 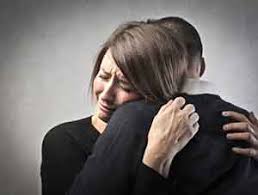 What are the stages of grief?

What is presented here is boiled down from a clinical perspective. There are other descriptions but the one presented here is what seems most helpful when talking with people about their grieving process in my practice.


This is the first in a series of articles on the grieving process.

Before a description of the stages, here are some general observations about grieving in our society.

The grieving process is not something to be fixed but a normal part of life.
Grief is not depression and should not be medicated except when extreme symptoms appear which are usually a sign of an underlying psychiatric problem and not the grief itself.

Our society is very intolerant of grief and does not have appropriate expectations about the grieving process.

The two biggest ways of managing grief are simply to sit with it and be mindful about its existence and workings, and two, having a shoulder to cry on, an understanding witness who can accept the expression of grief without getting upset oneself.

There are differences in the grieving process the major difference being an anticipated death and a sudden death.

Death is nothing to be afraid of but a normal part of the life cycle.

Social reactions to death are varied and often difficult to deal with for the person who is mourning.

Grief is best exprienced with one's natural support system. Professional grief counsling services initially following the death are not recommended even though they often are.

While the deceased person's physical body is dead, their spirit lives on in the stories that are told about them.

To be continued
Posted by David G. Markham at 9:47 AM