The grieving process - Stage one: Shock and disbelief 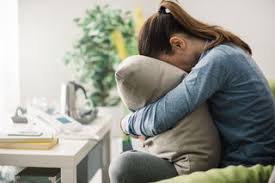 Stage one - Shock and disbelief

As we discuss the stages of grief it should be noted that the stages are just a general frame of reference and not prescriptive. People don’t have to go through the stages as described here. Further, people don’t experience the stages in a linear way but in an oscillating way going back and forth not one after the other. People often describe the grieving experience as a “roller coaster.”

The first stage is sometimes called “denial” but the word “denial” does not accurately describe the experience. People cognitively recognize death has occurred but often describe a sense of life being surreal. They describe being “numb” and disoriented. They say things like, “I just can’t believe this has happened and ____________ is gone.”

People describe themselves as being in a fog and going through the activities of daily life as if they were a robot on auto pilot. The feeling of disbelief is very powerful and there is a growing sense that the event of the death will be a milestone in their lives with the death marking the boundary of life before the death and after the death.

People often find it hard to eat, sleep, concentrate, and perform the normal tasks of their daily routines.

During this stage people need assistance with daily tasks and to be excused, if possible, from social obligations to others. They need to be left alone if the person wants to withdraw from social interactions or they need to be listened to if they want to share their thoughts, feelings, and anguish with a trusted other person. Providing a shoulder to cry on is a very important form of solace and consolation. The listener need not say anything to help the person feel better. Just allowing the grieving person to share their sadness, sorrow, anger, fears, regrets, and sense of loss is very helpful. Do not try to cheer the person up or reassure them things will be okay.

It is very common at this stage to observe an expression of anger and blame and guilt that someone is at fault for the person’s death. People even blame God for letting this death occur. A regression to a narcissistic state where people take the death personally is common. “How could this happen to me!”
People often feel a disorientation, confusion, and perplexity and say, “Oh my goodness, what will happen now?” There is an anxiety about how life can go on as it was lived before the death.

People often hear the dead person’s voice, see glimpses of them, or are reminded in a hundred ways of the person as living. It is like deja vu when the person is uplifted  momentarily believing that the person hasn’t died. Dreams of the dead person are very common.

This stage of shock and disbelief usually doesn’t last more than six weeks, if that. The grieving person needs to share their experience with an understanding other who can maintain a non anxious presence and non judgmentally listen to the person express their experience. Nothing need be said or done other than mere listening, and inquiring, when it seems helpful, about the person’s memories and experiences of their relationship with the person they have lost. Sometimes people want to talk about their memories of the relationship and sometimes they don’t. Either way is okay.