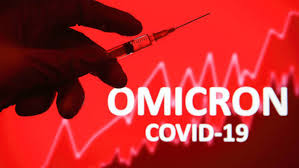 There is a great deal of frustration, sadness, and fear in the United States over the rise of infection rates of the Omicron and other Covid variants.

There are many factors which give rise to these increasingly high infection rates. One of those factors is individual choice over protective measures to limit infection. The further question might be what are the factors that influence these individual choices? A large factor is social norms and attitudes. Another is regulatory enforcement.
Social norms and attitudes have been politicized in the United States by those who seek the advantage of accumulated power by obtaining votes for their election to office. This creates a symbiotic tie between the representative elected and the people who want to be told what they want to hear, not the truth. This symbiotic relationship is well known in the field of mental health as the folie au deux. A folie au deux is a relationship based on a commonly held delusional belief. A folie au deux is considered to be a mental disorder requiring psychiatric treatment.
It is time to think outside the box. Anger and further polarization will get us nowhere. We mental health professionals  supposedly know how to manage neurotic and psychotic symptoms as they manifest in individuals and groups.
I learned several decades ago, early in my psychiatric social work career in two state hospitals, that you not only cannot argue a delusional patient out of their delusion, but that it only exacerbates the delusional symptoms and is counter productive. What is helpful is to reframe the topic in a larger frame of reference. There are many possibilities for a reframe such as an "opportunity to help one's family and neighbors."
How about a meme like "Good neighbors get vaccinated so they don't pass the virus along."? and "Let's make America well again." MAWA.
Posted by David G. Markham at 2:52 PM

Email ThisBlogThis!Share to TwitterShare to FacebookShare to Pinterest
Labels: Covid