Profile of a Healthy Marriage 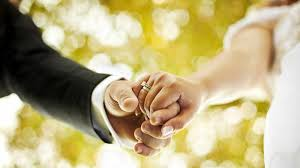 PROFILE of a HEALTHY MARRIAGE
by F. Douglas Stephenson, LCSW, LMFT, BCD
Former President, The Florida Society for Clinical Social Work
Modern day society is filled with idealized models that define physical perfection. For most of us, these are unattainable and unrealistic. Idealized models for the perfect marriage abound, but with similar frustrating, unattainable and unrealistic results for most couples. Finding your soul-mate, spiritual and romantic nirvana, making your marriage into a blissful zone of perfect coupledom all are touted as standards for success. Little mention is made of the potential for harm that can occur when these become standards that most individual marriages cannot achieve.

Based on the pioneering and well researched work of John Gottman and associates at the University of Washington, several key factors are identified in a realistic profile of a good marriage. Describing a “Sound Marital House”, the foundation of a healthy marriage includes:

A). well articulated and detailed love maps.
B). mutual admiration and fondness between partners.
C). a strong habit of turning towards one another rather than away whenever one partner asks for attention.

Unhealthy marriages lack knowledge of spouses likes/dislikes, are weak on fondness and admiration between partners , and tend to ignore, make excuses, and not turn toward the spouse when called, thereby producing “Negative Sentiment Override”. With this, the tendency is to assume the worst possible interpretation of the spouses irritating behavior. You give the benefit of doubt with Positive Sentiment Override. Negative Sentiment requires just the reverse, where you assume that your spouse means harm.

Four problematic behaviors have been outlined in the research, and occur when couples cannot well handle insolvable problems. Referred to as the “Four Horsemen of the Apocalypse”, these behaviors tend to accurately predict the likelihood of divorce.

1). CRITICISM: troubled couples often attack each other in global ways, defaming each others character rather than carefully describing behaviors that have been annoying.

2).CONTEMPT: Much criticism can mutate into contempt, where spouses judge each other and often assume that they themselves are morally superior to their mate.

4). STONEWALLING: Finally, one of the partners (usually the man) may try to escape from the fighting by Stonewalling, or remaining silent, eyes averted and arms crossed during the exchange. This behavior is guaranteed to inflame the partner (usually female) all the more. Although Stonewalling, Gottman says, appears to be only a passive-aggressive withdrawal, a highly elevated heart rate suggest that the Stonewaller is seeking escape from an intolerable stress situation .

Seeking antidotes to the Four Horsemen behaviors is the central focus of marriage and family psychotherapy. With Gottman and other therapists, global and harsh criticisms by couples are rephrased into softer, more focused complaints. Displays of contempt are combated by encouraging spouses to reconnect with their mutual fondness and admiration. By encouraging each partner to take some of of the responsibility for marital problems, defensiveness and combativeness are combated and often reduced. Stonewalling is worked on by encouraging more self expression and openness of communication.
Gottman shares the view, held by other psychotherapists as well, that a healthy marriage is simply one where spouses basically like one another and can successfully live together in relative peace.
Editor's note: If you are interested in more, I highly recommend this book.

Email ThisBlogThis!Share to TwitterShare to FacebookShare to Pinterest
Labels: Marriage