Games people play - "Be Afraid" on the Macro level 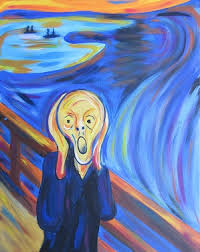 Back in the 60s this idea of repetitive patterns of behavior was popularized as Games People Play by Eric Berne, the father of Transactional Analysis.

There is a new tag being created on MBH, "games people play" which will identify articles which describe these repetitive patterns of behavior at the micro, mezzo, and macro levels of human interaction.

One of my favorites which is played on the macro level by politicans is "Be Afraid."

The thesis is that if the politican can manipulate people with fear, (s)he can get their votes and/or support for the policy they are promoting. There are new examples of this game presented to us daily in our news. The memorable examples are "WMD," Weapons Of Mass Destruction, which garnered support for the wars in Afghanistan and Iraq during the George W. Bush administration. Most recently we have experienced the "Caravan Invaders" game perpetrated by President Trump and the Republicans.

The way this game "Be Afraid" is played at the macro level is described by Hermann Goering, Hitler's right hand man and founder of the Gestapo,

"“Naturally, the common people don't want war; neither in Russia nor in England nor in America nor, for that matter, in Germany. That is understood. But, after all, it is the leaders of the country who determine the policy and it is always a simple matter to drag the people along, whether it is a democracy or a fascist dictatorship or a Parliament or a Communist dictatorship. ... [V]oice or no voice, the people can always be brought to the bidding of the leaders. That is easy. All you have to do is tell them they are being attacked and denounce the pacifists for lack of patriotism and exposing the country to danger. It works the same way in any country.”

The aim of the game is to generate fear to obtain supporters for one's election and policies.

The targets of the game are willing victims. They are the dupes in a con job.

The roles of the victims of the game are to vote, cheer, and fight, if necessary, for the perpetrator.

There are nemeses of the perpetrator who unwittingly attempt to fight the perpetrator's moves but often only reinforce them, and strengthen them through polarization from the generated adversity. The nemeses moves makes the bogus fear  real and credible through repetition and heightened visibility.

The best antidote for this game is simply not to play by changing the subject, redirecting the focus, side step the whole attempt to propagandize, and offering the perpetrator's targets more attractive options.

What was the antidote to the WMD hysteria? Focusing on the grief and fears of our nation after 9/11 by having more rituals of mourning and analsyis of factors which contributed to the attack, and efforts to rebuild and repair our relationships around the world.

What was the antidote to the Caravan Invaders? Focusing on what other candidates would do to address the real problems of the American people. This is what was done, and these candidates obtained the votes from the targets of the game to move the nation's functioning onto a more constructive path.

The key idea in game analysis is to be able to name the game. The ability to name the repetitive pattern of dysfunctional behavior enables our ability to manage things better. Rather than being victimized by social, political, and emotional forces we don't understand and are confused by, we see the game being played, and once we are aware, we have the power to choose to do things differently and in a better way.