Religion in the psychotherapy office 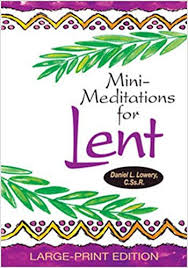 A client visited my office for the first time shortly after the Christmas holidays and found in my waiting room a pamphlet about Advent.

He asked me about half way through our first interview, "Is this a religious place?'

I said surprised, "What?"

"Are you Christian or something?"

I said, "No, this is a private counseling office. I am not religiously affiliated."

I was still uncertain about what had precipitated his question and concern. Later when I went out to my waiting room, I found the Advent pamphlet and a brochure about marriage encounter, Retrouvaille for couples considering divorce which is run by a Catholic group and wondered whether these materials had contributed to his concern.

I said further to my client that my office is not religiously affiliated, and I don't discuss religion with clients unless they bring it up. He seemed reassured and the topic was dropped and we moved on to other things.

I was trained in the bio-psycho-social model of Dr. George Engel which Dr. Engel developed in the late 60s and early 70s. Since the original formulation some practitioners have added "spiritual" so that we now have the "bio-psycho-social-spiritual" model.

How is spirituality connected to mental health? A great deal of research has demonstrated that people with a spiritual life live longer and happier. This being the case, a good psychotherapist is attentive to the client's spiritual life as the client experiences and conceives it.

Spirituality is different from religion and, while there may be some overlap, are often confused as being the same thing. Religion is about joining an organization and affiliating with some creed or set of beliefs, practices, traditions, norms, and values. Spirituality is about a relationship with a Higher Power whatever the individual understands the Higher Power to be.

I removed the Advent pamphlet from my office waiting room because Advent is over. Will I put another one out there next year? I certainly don't want to offend anyone or give the wrong impression. On the other hand it is a discussion starter which often leads to rich and worthwhile conversations. For now, we are approaching Lent and I probably will not be putting any lenten pamphlets in my waiting room.
Posted by David G. Markham at 7:00 AM