Will American Catholics be disqualified from death penalty juries because of Pope Francis' declaration that the death penalty is immoral? 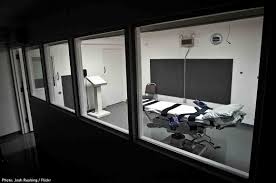 Death penalty abolitionists hold out hope that the pope’s new call to action may eventually sway the American public: Catholic voters and politicians might become more inclined to repeal the death penalty, Catholic prosecutors might increasingly exercise their discretion not to pursue capital punishment, and Catholic judges (including the five Catholic justices on the Supreme Court) might grow more receptive to legal arguments that limit the practice. A change in public opinion could also influence the Supreme Court, which considers society’s “evolving standards of decency” in evaluating whether a punishment is “cruel and unusual” under the Eighth Amendment.
But because of the anomalous way we select juries in capital cases, greater opposition to the death penalty among Catholics could, counterintuitively, increase the number of death sentences imposed in this country. Such opposition could even solidify judicial support for capital punishment. This paradox is possible because of a process called “death qualification,” in which a judge can disqualify certain prospective jurors who are opposed to executions. The pope’s sharpening of the Catholic position on the death penalty helps reveal the problems with this system."
For more info. click here.
Posted by David G. Markham at 7:00 AM